JOIN our email list and get a downloadable print of John 3:16 When we read the bible we read of a variety of distant and past lands.

Did you know that more than 25,000 sites have been found?  Non-biblical as well as biblical historians  have verified various events of the Bible.

I just love all things Bible.  I feel it is important that we know we can trust the Bible and one way is recognizing the places discussed in the Bible are real and actually existed.

Galilee is a region in the nation of Israel. It is located in the northern region of the Middle Eastern country. It is best known as the region that is home to Nazareth, where Jesus was from. 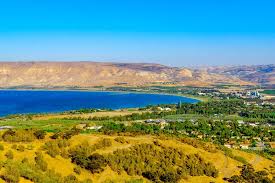 Nazareth is a town in Israel. As mentioned before, it is located in the northern Israeli region of Galilee. It is the hometown of Jesus. 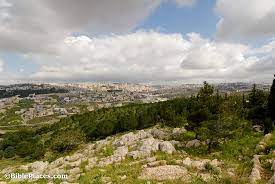 Mount Sinai is a mountain located on the Sinai peninsula (the small part of the land that is a part of Egypt). It is also called the Mountain of Moses or Mount Hareh. It was where God met & talked with Moses & gave the Israelites the Ten Commandments. This was after their exodus which was orchestrated by God. 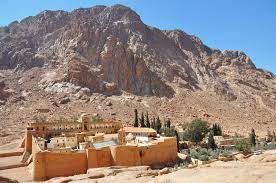 Tyre is a town in modern-day Syria. It is mentioned several times in Scripture. It was a friend of the kingdom of Israel, the site of some of Jesus’s many miracles, & a place the disciples spread the Good News. 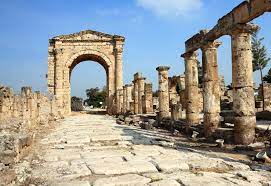 Jerusalem is the capital of modern-day Israel & the ancient kingdom of Israel. The city is quite significant in Scripture. It was the site of the Temple, where the presence of God dwelt. Later on, it became the site of where Jesus was tried & convicted of crimes He didn’t commit. Then, it becomes the site of the Christian commission to spread the Gospel. 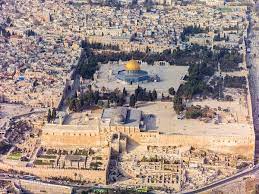 Bethlehem is a town in central Israel, in fact, it is in the modern-day territory of West Bank. It is best known as the birthplace of Jesus. 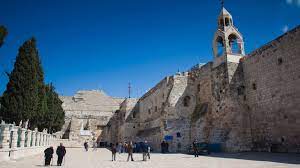 Jericho is a town in central Israel. Like Jerusalem, it is located within West Bank. It is best known as the town that the Israelites defeated by obeying God’s command to march around it for seven days. On the seventh day, they blew their horns in unison & shouted, bringing down the wall of the fortified town. 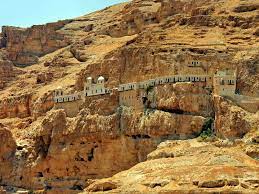 The Mount of Olives is a mountain ridge east of modern-day Jerusalem’s Old City. It is where Gethsemane is, the garden where Jesus goes to pray before going to the cross. 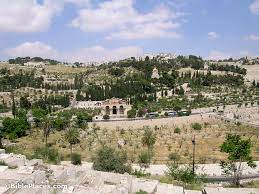 
Philippi is a town in the northeastern region of mainland Greece. This name probably sounds familiar. This is because the New Testament book of Philippians is actually a letter to a church (or churches) in Philippi. It can be reasoned, therefore, that the disciples traveled to & ministered in this Greek, though technically Roman at the time, town. It was a prominent city in the gold-producing region of Macedonia. Its location near the Ignatian Way, a roadway that leads from the eastern provinces to Rome, made it a prosperous city. 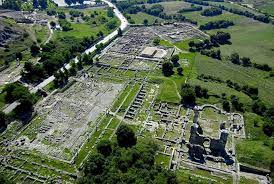 
Corinth is much like Philippi. It is a town in Greece, a town whose churches received a letter from the disciple Paul, and where the disciples preached the Gospel. One big difference between the two towns, however, is in their location. While Philippi is located on the Greek mainland, Corinth is not. Instead, it is located on an isthmus connecting northern Greece (which includes Athens) to the Peloponnese, the southern part of Greece. Because of its location, Corinth became a hotspot for trade. 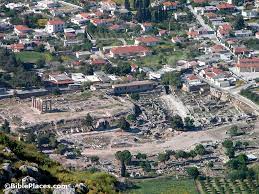 Have you visited any of these spots?